What would you think if I told you that you could live without fear? Would you believe me if I said that despite what you saw on the news tonight, you could be perfectly at peace? Impossible? Unrealistic? No!  It is very possible.  You can actually do it.  Read on my friend!

You see, fear isn’t just a reaction to external circumstances. It’s a spiritual force. It begins inside a person. It actually hides inside a person and then jumps out at the most inappropriate times. The devil loves to hide and sneak around in the dark and then jump out and scare people. And it is totally destructive. In fact, fear is satan’s primary weapon. He moves in response to fear, the way God moves in response to faith. He challenges the promises of God with it. But his scare tactics won’t work if you are grounded in the Word of God.

We can actually get past fear and walk in victory in areas we previously has that fear. I have a teaching CD called Challenging the Fears that Fearfully Challenge us, and in that teaching I share how God brought me past a certain fear that gripped for eight solid years.  The fear was actually going across high bridges, yet here is a recent picture of driving across the Golden Gate Bridge.  Isn’t that a nice looking bridge?

An excellent example of this is found in Matthew 14 when Jesus invited Peter to come to Him on the water. “But when he [Peter] saw the wind boisterous, he was afraid; and beginning to sink, he cried, saying, Lord, save me” (verse 30).
What enabled Peter to walk on the water? His faith in the Word of Jesus. What caused Peter to sink? He saw the wind boisterous and he was afraid. It wasn’t the wind that defeated him, it was his fear of it! He looked at his circumstances, gave into the fear, and the result was defeat. If Peter had kept his focus on Jesus, his faith would never have wavered. All the blustering and blowing in the world couldn’t have drawn him off course.

The Word of God is the sword of the Spirit. Use it to fight satan every time he comes against you. Hold up your shield of faith and quench all of his fiery darts. Speak words of faith and fear will depart. Keep speaking the Word, rather than your circumstances or situations or even your worries and fears of what could go wrong or what could happen a year from now. Stay focused on what God is doing today.  We embrace what God is doing, not what He is not doing.  But He promises in His Word to be doing good things with us.

Last week someone in another state posted on my face-book page that they had tried to commit suicide the night before and had failed, and were going to try that evening as well.  So as the story developed, that person was corresponding with me in slurred writing so after discussing it briefly with my family I called 911 here in Nebraska and they called the police in this person’s city, but we did not have an address or a phone number of any other connecting contact information.

Initially the local police department wanted to come over and read my face-book notes with this person but later decided it was not necessary.  The ongoing notes on face-book disintegrated because the person was not posting much as they probably got sleepy from the pills they said they took, and when they did post the writing was even more slurred, but eventually they posted something about a doctor and I immediately Googled the doctor’s name and got a phone number and called 911 back again.  And the 911 folks called me several times during the ordeal too.  Finally they did call and indicated that the police had found this person and were handling things. 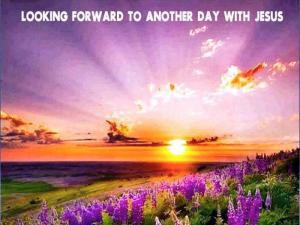 I debated on whether to share this story on my blog but felt that maybe it would help someone else to know that God does care even if things look hopeless.  As all of this was unfolding, many people on face-book were praying and God was intervening and saving yet another life.

Take time today to spend quality time with God in prayer and study of the word.  I know that when I woke up this morning I felt led to read Psalm 1 and Proverbs 10 and both of those passages spoke volumes to me about situations we are currently encountering.  God’s word will provide faith for your life today with potential victory for the attacks that may come tomorrow as we build ourselves up in preparation for what life may throw at us.  It is not always easy, but it is always attainable through the power of God’s Word and the presence of His Holy Spirit in our lives. 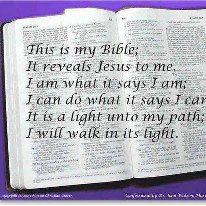 Don’t quit and don’t give up!  If you have a prayer request, please post it below and I will gladly pray for you.  Remember, God may be working behind the scenes on your behalf right now, but you need to discover what His promises are by digging into the Word of God, pressing in for your answer, and praying through the situation.  For a better understanding of this, read the previously posted blog right before this one.  And Remember to Speak the Word!

7 thoughts on “Suicide Averted – Getting Past Your Fears!”