Over the last 15 years I have had multiple Presidential Dreams including several with George W. Bush, one each with George H. Bush, John Kennedy, Ronald Reagan, Jimmy Carter, Bill Clinton and Abe Lincoln, plus two with Barack Obama and now this new one with President’s Obama, Clinton, and Bush.  I have also shared some pictures of our trip to DC in 2016 just for interest sake.  If you have any discernment about this dream, please respond and let me read what you have written.

This dream started with Diane and I moving to a condo/ town-home type of house just outside of Washington DC, and near the  Virginia border.  We were unpacking and putting our furniture in various places commenting on how much smaller our bedrooms were in this new location, but how much larger our living rooms and eating areas were including the kitchen.

The various former presidents began to arrive by Limo at our new residence and ushered to various private rooms within our new home.  There were a variety of servants and friends helping out including some that we knew and others that we had not met yet, but all seemed to be consumed in making these former presidents feel welcome. 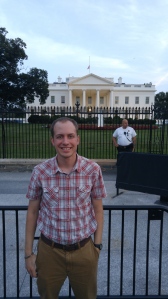 I walked into the various rooms and greeted each President including President Obama and his wife, commenting to them and complimenting them on their recent terms, to which they replied that they had done their best to serve and thanked me for my hospitality.  I then went into the Clinton waiting room, and only President Bill Clinton was there and he just stated that his wife was unable to attend on this trip, and he too thanked me for my hospitality in hosting him and the others.  He seemed lonely and out of place and looked like he was very tired.  He had a glass of liquid in his hand which I presumed to be water.

I then walked into one more room where President 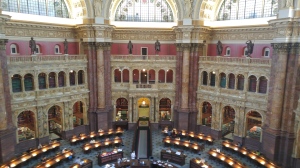 George W. Bush and Laura Bush were waiting, and he immediately got up and gave me a big hug and thanked me once again for hosting him, reminding me of the other times we had been together, to which I replied that they were all dreams, ( and they were) but his response was that they were not dreams to them but reality and they he valued my friendship over the years.  His wife Laura shook my hand and thanked me for my kindness and service to her husband over the years.  I asked President Bush if his father was coming and he said that he was not feeling up to this trip and had stayed home in Texas.  As I left his room I remember just thanking him for serving and sharing a big God Bless you as well.  He smiled real big and waved at me.

As I departed to check on things in the kitchen I was then informed that President Carter was not coming either and that the luncheon we had prepared was almost ready to serve.  At this point a number of Senators and Congressman came and joined us including the Speaker of the House and others that I recognized, along with some I did not recognize.  Diane and I were surprised at how spacious our new home seemed to be in hosting all of these people.

Every one of the presidents was dressed in very casual clothing including  casual pants with a button down shirt that was open at the collar,  with no tie or coat, and Diane and I were also dressed casually, but the various members of Congress and the Senate were dressed up in various nice apparel.

After the reception was over and all had left, Diane and I went for a walk on our new property that included a fresh water stream and we thanked God for His favor and our new position in the Washington DC area and that we looked forward to the next time that we could serve.

Pictures in order from top to bottom

5 thoughts on “Another Presidential Dream – with 3 Previous Presidents”